Hope For The Future

Is your life bringing you all you desire?

Today we are in a critical situation, surrounded by complex threats to our liberty and survival. Fortunately, there are wise, benevolent human beings who have progressed far beyond the Physical Plane of human activity, yet are still a part of our human life wave.

They are the men and women who have gone before us and learned every lesson physical life is designed to teach and who today stand ready to help us. These Masters have long foreseen the present situation, and quietly, unobtrusively prepared for it.

Down through the ages, there have been men and women who have understood and abided by the universal, or cosmic, principles of life, which lead to happiness and prosperity. Long ago, these philosophers joined together, forming Great Schools they call Brotherhoods. Known as Masters or Elder Brothers, and referred to biblically as the perfect, these philosophers are now releasing their great wisdom to the world.

Before the time of Christ, men reaching the highest pinnacle of human achievement were known as Masters, and women as Saints. But after earthly churches began designating both men and women they deemed worthy as saints, Masters and Saints chose to be called simply Elder Brothers. Though this may be puzzling, among the Great Schools, advancement is based entirely on merit, regardless of gender.

Christ, the greatest Philosopher of all, under whose guidance these Brotherhoods work, taught principles that could save people many heartaches and tribulations. Had we properly used all He gave us, we would long ago have learned to solve most of the individual and collective problems we face, and be well on the way to creating the heaven on earth He promised.

Some people believe Christ will create this ideal society for us when He returns, but if that were His intent, He could have done it 2000 years ago. Instead, He gave us His philosophy and told us to use it. He wanted us to prepare ourselves and earn our place in this Kingdom of God on Earth.

In every age Christ saw to it that Great Teachers were available to show people how His philosophy should be used. John the Baptist, Confucius, Buddha, and many of those known as Saints, are members of the Great Schools, all working to bring humanity together in love and peace.

Over the centuries, these Great Philosophers have patiently studied the rise and fall of nations. They found that as long as a nation abided by the same natural laws and principles which brought success to individuals, it grew and prospered. But violating these laws and principles led to decline and eventual failure.

Since nations are composed of individuals, the citizens must first gain a measure of security and happiness before a nation can become permanently successful and prosperous.

When people understand and abide by natural law, they can make life what they want it to be, and when groups of such people unite in coordinated effort – whether a family, a city, a state or a nation – such a community cannot fail. This is the Great Ones’ promise for our future. But how can they be sure this will work? 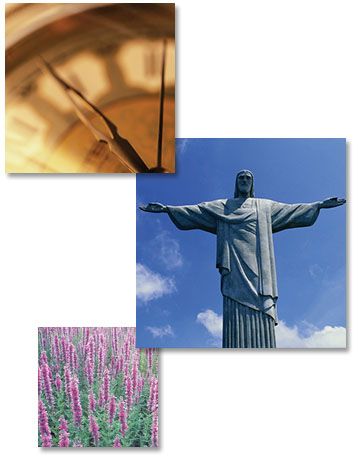