The First And Greatest Civilization

At one time in human history, there was a civilization where people enjoyed a peace of mind not possible in today’s world. Its population understood and lived by divine law, personally and nationally, enabling them to build the most magnificent civilization the world has known, which flourished for fifty thousand years.

The first human society was organized 78,000 years ago on the Continent of Mu (Lemuria), which once covered most of what is now the Pacific Ocean.

The civilization began when a few outstanding individuals of above average mental ability realized the possibilities of a better way of life. Through close observation, practice, and divine assistance, they gradually acquired an understanding of universal law, becoming known as Elders. Gathering other deeper thinkers, they took the first steps toward social unity by teaching those who joined this effort to live cooperatively in conformance with God’s laws.

Within an incredibly short time, the Lemurian or Mukulian Empire developed, prosperous and at peace with all. Growing into a benign and cooperative power, it eventually achieved cultural and material accomplishments which would seem impossible today.

But a fatal mistake was made. As the civilization grew, untrained helpers were brought in to perform manual labor. Gradually this proletarian element increased, while the citizenry shrank because few were being trained to become citizens. Eventually, the proletariat began taking over, administering the government according to their own ideas.

The great Empire began to decline, and around 24,000 B.C., after cataclysmic upheavals, the continent sank beneath the waves of the Pacific.

MIGRATION OF THE POPULATION

As earthquakes grew intense, the surviving population fled into Mexico, Central and South America, and Asia. Many migrated to Atlantis. There another great civilization developed, but finally disintegrated for the same basic reason the Lemurian Empire disappeared – the people’s failure to abide by natural law.

With the inundation of Mu and Atlantis, much was lost. But much was also saved. In fact, everything important to man’s development was preserved, safely stored in the archives of the Brotherhoods, until it could again be given to those who will honor its source, respect its value, and use it wisely for the upliftment of all people.

EVIDENCE OF THE LOST CONTINENT

The idea that civilizations existed long before we have any historical record may seem incredible at first, but it is well known that land masses today are quite different from what they were in the distant past.

Many parts of the earth’s surface now above water were once submerged, as proven by sea shells and submarine vegetation found in rock formations, even as high as two miles above sea level. And sunken cities are found in many parts of the world’s oceans.

While archeologists and anthropologists are finding clues here and there, as yet, there is not enough data for them to reconstruct what occurred. Yet there is evidence to substantiate a prehistoric culture which, in many respects, surpasses our own.

Consider Malden Island in the central Pacific. Uninhabited when discovered in 1798, Malden was waterless, barren, uninhabitable. Yet it contained remnants of forty massive stone temples. Radiating from the temples in every direction are highways paved with basalt blocks – highways leading into the Pacific Ocean! Where did these highways go originally? By whom and for whom were they built?

The culture of Lemuria was far-flung. On the shores of Lake Titicaca in the Andes Mountains, 13,500 feet above sea level, are the ruins of a prehistoric city called Tiahuanaco. Near these ruins are stone-lined canals which served as part of a water route between the Pacific and Atlantic Oceans long before gigantic upheavals lifted the Andes Mountains to their present elevation. Tiahuanaco is built along the same architectural lines as the temples on Malden. Its elaborately constructed canals suggest a world-wide commercial traffic.

As recently as 1950, the Scripps Institute of Oceanography in San Diego, California announced that, as a result of two years of exhaustive soundings and research, they had definitely determined the existence of a massive sunken continent in the Pacific. 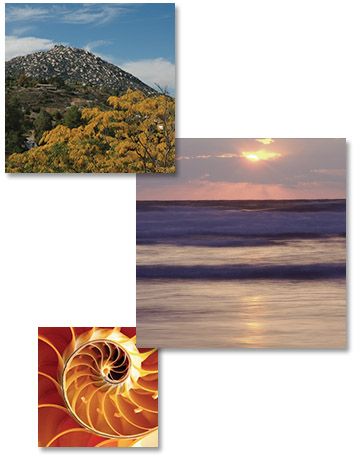